Super soldier Isaiah Bradley suffered a terrible fate in the MCU and mainstream Marvel Comics, but in one universe, he became a U.S. President!

Isaiah Bradley has suffered a lot in Marvel stories, from being experimented on to being imprisoned, but in one story he actually received the respect he deserves and even became President of the United States. The Falcon and the Winter Soldier introduced fans to the MCU version of Isaiah Bradley, an African-American soldier who was turned into a Super Soldier like Captain America thanks to some government experiments. Unlike Steve Rogers, however, Isaiah and other African-American super soldiers were sent on covert missions during the Korean War and used as disposable weapons by the U.S. Ultimately, Isaiah was the only person to survive the serum’s unstable effects and became an unwilling test subject for the government until a sympathetic nurse helped him escape by declaring him dead.

In the Marvel Comics miniseries Truth, Isaiah has an equally tragic story — during World War II, he and a platoon of African-American soldiers were subjects in a U.S. Army experiment that killed most of the men and left the survivors unstable super soldiers. After the other members of his team were killed, Isaiah chose to go on an independent mission against the Nazis and, against orders, even donned his own version of the Captain America suit. Much like his MCU counterpart, Isaiah’s heroic actions were met with nothing but disdain by his government, who gave him a life sentence for treason. However, Isaiah was released after serving 17 years (thanks to his wife’s constant efforts to secure his freedom) and went on to become a hero for the black community, meeting major figures such as Alex Haley, Malcolm X, Nelson Mandela, and Muhammad Ali. Sadly, the serum had a debilitating effect on Isaiah’s mind and body, leaving him sterile and brain damaged.

Related: What Captain America 4 Needs to Learn from Falcon and the Winter Soldier

However, the Marvel multiverse is a big place, and there are other universes where Isaiah Bradley went on to have a more idealized career — including one where he became the president. In Captain America vol. 4 #28, Steve Rogers comes face-to-face with an Isaiah Bradley of an alternate future Earth. In this universe, Isaiah had a much better relationship with the government and was his world’s official Captain America, battling injustice with his world’s Bucky Barnes. This Isaiah’s serum also had no debilitating effects and he remained not only mentally sound but virtually ageless. His popularity with the people even led to him being elected President from 2005 to 2013 and he remained a respected celebrity on his world.

Unfortunately, Isaiah did have one problem — unlike his mainstream counterpart he didn’t marry and began “tomcatting” around town, which led to him fathering a daughter, Becky, whom he never had time for. Bucky ended up adopting Becky but died battling the Krimson Klansman during Isaiah’s presidential campaign. The experience drove Becky mad and she purchased a time traveling device at a multiversal comic book convention (yes, really) and decided to use it to rewrite reality. Fortunately, Isaiah contacted the Steve Rogers of the mainstream universe and teamed up with him to stop his daughter.

A bizarre episode in the otherwise tragic history of Isaiah Bradley (this Captain America is something of an alternate world explorer and even makes guest appearances at comic book conventions), “President Isaiah Bradley” is proof that all things are possible in the Marvel Universe. Most mainstream versions of Bradley exist to remind people of the racial injustices done to the African-American community and other marginalized groups, but it’s nice to know that in at least one corner of the multiverse, Isaiah Bradley lived in a more progressive society that gave him a better life.

Next: How Sam Wilson’s Captain America Fighting Style Will Differ From Steve Rogers 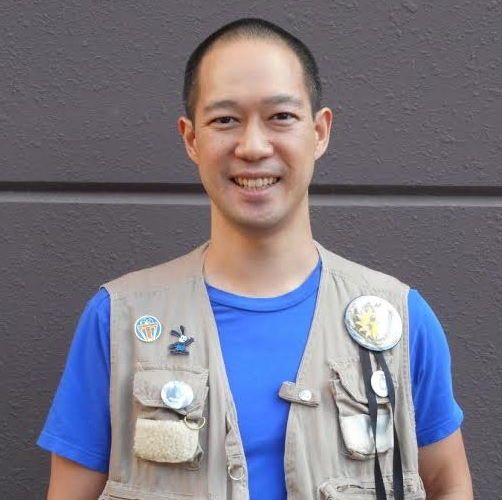 Michael Jung is a mild-mannered freelance writer-for-hire, actor, and professional storyteller with a keen interest in pop culture, education, nonprofit organizations, and unusual side hustles. His work has been featured in Screen Rant, ASU Now, Sell Books Fast, Study.com, and Free Arts among others. A graduate of Arizona State University with a PhD in 20th Century American Literature, Michael has written novels, short stories, stage plays, screenplays, and how-to manuals.

Michael’s background in storytelling draws him to find the most fascinating aspects of any topic and transform them into a narrative that informs and entertains the reader. Thanks to a life spent immersed in comic books and movies, Michael is always ready to infuse his articles with offbeat bits of trivia for an extra layer of fun. In his spare time, you can find him entertaining kids as Spider-Man or Darth Vader at birthday parties or scaring the heck out of them at haunted houses.